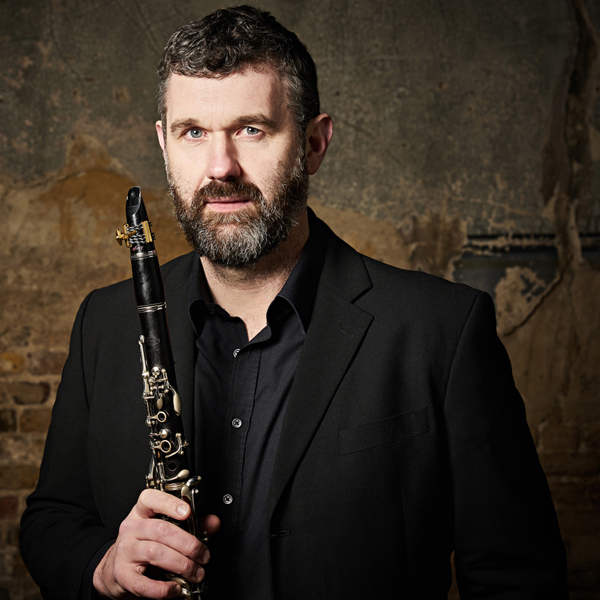 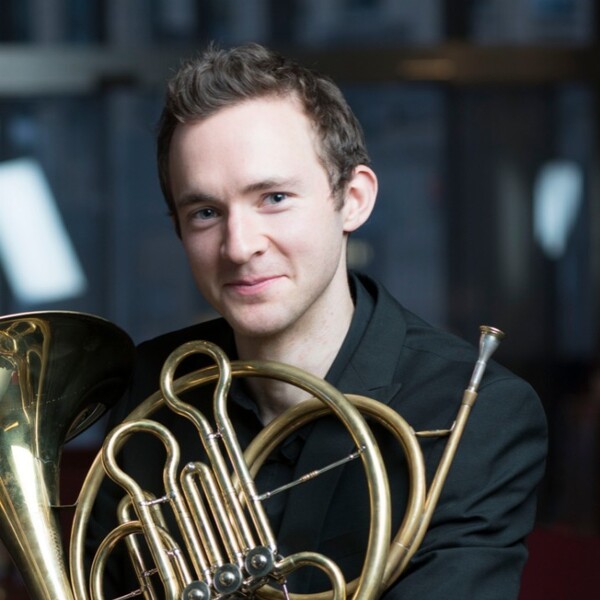 One of Britain’s leading clarinettists, Matthew Hunt is a distinctive musician, renowned for the vocal quality of his playing and his ability to communicate with audiences. He holds the position of solo clarinettist with the Deutsche Kammerphilharmonie Bremen, and is a member of the Sheffield based chamber group Ensemble 360. A very keen chamber musician, he appears regularly with Meta4, the Chiurascuro and Elias quartets, Thomas Adès, Pekka Kuusisto, Emily Beynon, Nicholas Altstaedt, Alina Ibragimova, and La Bande de La Loingtaine. He has also appeared as a guest of the Berlin Philharmonic as a soloist in their series at the Berlin Philharmonie Kammermusik Saal.

Matthew’s recording for ASV of Mozart’s Clarinet Quintet with the Elias quartet was met with critical acclaim, with the BBC Music Magazine hailing it with five stars as “the Benchmark recording of this much recorded work”.

Alec Frank-Gemmill was a member of the BBC Radio 3 New Generation Artist scheme from 2014–16, often appearing as a soloist with the BBC orchestras. He was Principal horn of the Scottish Chamber Orchestra for ten years and took up the same position with the Gothenburg Symphony Orchestra in October 2019.

His recording of Strauss’s First Concerto was named Disc of the Week on the BBC's Record Review programme. He has also recorded three albums for the BIS label, thanks to the support of the Borletti–Buitoni Trust. He is very active in the early music scene. Whether on modern, classical or baroque horn, he is highly in demand as a chamber music partner.

For the last few years Alec has been shifting focus to conducting. He has conducted concerts with orchestras throughout the UK, often appearing as both soloist and director.

Alec is Professor of Horn at the Guildhall School of Music and Drama in London.

Born in Russia, Nikita Naumov attended the Karaganda Special Music School in Kazakhstan at the age of 7. He then studied at the Rimsky-Korsakov Conservatoire in St Petersburg under the teaching of Alexandr Shilo. After a masterclass with Rinat Ibragimov and Thomas Martin he was invited to study with them at Guildhall, funded by the Leverhulme Trust and the Martin Musical Scholarship.

Nikita has played as guest principal with many of the world’s finest orchestras and also regularly appears as a soloist. In 2012 he won 2nd prize at the Koussevitzky double bass competition in St Petersburg.

As a chamber musician, Nikita has featured at the BBC chamber series at the Wigmore Hall as a member of the internationally recognised chamber group, the London Concord Ensemble, as well as regularly performing with the Chamber Orchestra of Europe.

Born in Geneva, Donatien Bachmann began playing the bassoon at the age of eight and, at the age of 16, entered the Geneva University of Music, where he obtained a Bachelor of Arts in 2018. He is currently studying for a master's degree at the Haute École de musique de Basel.

He is a founding member of the Barialro Quintet, a wind quintet made up of young musicians from the Basel University of Music.

Five-time winner of the Swiss Youth Music Competition, he was also awarded a 2nd prize (1st not awarded) at the 2018 Concours National d'Exécution Musicale.